This week the British Broadcasting Corporation (BBC) assembled our best minds in dealing with corruption. Probably to cut the cost associated with paying for our venues, this #BBCAfricaDebate was held at the British Council in Dar es Salaam. Of course, dealing with the apparent “Africa’s biggest killer” can mean anything from conceptualizing to combating even among those who practice it.
Nonetheless, our very own Zuhura Yunus from BBC Swahili was there to co-moderate an English-speaking panel that included Aida Kiangi, Ali Mufuruki, John Githongo and Zitto Kabwe. Afterwards we got to hear the same debate in our mother tongue, Kiswahili, that featured Betty Masanja, Manson Nyamweya, Nape Nnauye and Zitto Kabwe. On the front rows were lined up some sort of supporting panelists such as Aidan Eyakuze, Ave Maria Semakafu, Boniface Mwangi, Maria Sarungi, Maxence Melo from the whistle blowing Jamii Forum, Sandra Mushi and a representative from the Prevention and Combating of Corruption Bureau (PCCB).
As someone who is suffering from the fatigue of hearing and talking about corruption, I did not expect much. Yet the lively debate inspired me to muse on a model for institutionalizing and individualizing anti-corruption. The spark came when one of the moderators, Owen Bennett-Jones, conducted an impromptu poll on the audience. Interestingly, roughly 75% said they had given a bribe before. Unexpectedly, no one said they had asked for bribe before.
I thus reminisced of the day when I decided, against all embarrassing odds, to stand in front of a packed audience at Soma Book Cafe and share my experience of giving a bribe. At that time I doubt if I knew anything about the statute of limitation and how our learned brothers – and sisters – use it to protect people who have broken the law in the distant past. The naive and dreamer in me simply thought that since ‘honesty is the best policy’ then ‘coming out’ may be contagious enough to help us to ‘open up’ about our personal challenges in dealing with everyday corruption.
One incidence occurred when, in search of adventures in Pan-Africanism, I took a bus from Cape Town in South Africa to Dar es Salaam. Anticipating that the police in the borders may ask for a bribe, I ensured that all my travel documents were carefully packed. But, alas, for some strange reasons when I got to the Zimbabwean border I could not see my yellow fever card.
What is now known as the Zimbabwe crisis was beginning. All the police officers wanted were South African Rands or American Dollars. I had Zimbabwean dollars and some caution money for exchanging for Zambian Kwacha and Tanzanian Shillings. The bus driver was becoming impatient. The choice was clear: we leave you  at the border or you give the bribe. To my surprise some passengers contributed money for the bribe and gave the conductor to give to the police officer. I still wonder if they didn’t share the spoil. 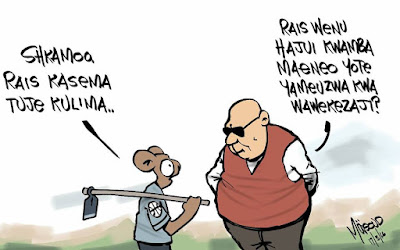 How, then, does one institutionalize anti-corruption among individuals who are ‘cornered’ in a situation like that? Do you simply say it is all about ‘changing our mindset’ from such a ‘moral economy’ that ‘characterizes’ Africans as some critics put it? Or do you start by dealing with the ‘dialectics’ of institutionalization and individualization that would put the ‘chicken-egg question’ to rest?
For me, the answer is the latter. You cannot simply say we first need institutions as if they are not built by/on individuals. We cannot safely – as Ali Mufuruki aptly put it when responding to a question about whether we need dictatorship or democracy to deal with corruption effectively – depend on corrupt individuals to build anti-corruption institutions. After all, corruption begets corruption.
But the question is: What type of individuals are out there? I am convinced that there are three types though there is a thin line between each of them. The challenge then is to ensure that those who are caught in between are ‘nudged’ towards the type that is better positioned to institutionalize anti-corruption countrywide. 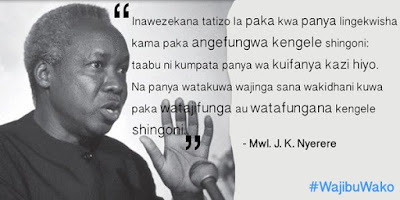 Group 1 is a very small one. It is made up of those who would not give or receive a bribe no matter what. I suspect they are hardly 1%. Even if the heavens fall they would stand by their principles as a needle to the pole. You can do all you want – even put a knife on their throat or a gun on their head – but they would not change their minds. If touching their skin is not enough you may touch their loved ones yet they would not give in. Such folks have no price as they are ready to pay the ultimate price in order to not partake of the poison chalice. They are a rare, if not an endangered specie.
Next to them you would find most of the 75% we encountered in the BBC debate. They are not proactive in giving bribe. But when they are cornered – as Yours Truly at the Beitbridge Border – they may buckled under the strain. Give this Group 2 a strong leader – a Magufuli – who seems to be against corruption and they would thrive. After all they hate giving bribes yet they are not ready to lay down their life – or forsake the access to whatever they have to give a bribe to get a privilege to – for the sake of the war on corruption.
Put individuals from Group 1 in power together with those in Group 2 then you are on your way to institutionalizing anti-corruption. What you end up with is a virtuous cycle that could keep on engendering individuals who are ethical through our families, schools, churches, mosques and workplaces. The more you do this, the more you shift those who are in-between these two types to become deeply ingrained with an anti-corruption ethos. 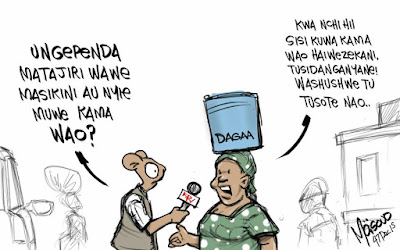 Despite some of my failings, I would like to believe that I am one of those who fall in-between Group 1 and 2. Let me illustrate. When our country was issuing new versions of passports I was in the Scottish Highlands. Our Tanzanian community there organized for Immigration officers to visit us so we can apply as a group without having to resort to bribing. However, I had to go back home to Tanzania before they had issued our new passports.
Knowing what I would encounter at the Immigration Office in Dar es Salaam, I went to ask them not to send it to the UK. Luckily, I met someone who was excited to learn that her/his sir name is like my first name. Things turned sour when she/he started saying she/he had set it aside after noting that we were namesakes yet she/he could not see it. I kept coming back and that is when I realized there was some sort of ‘code language’ that was being used among those who were asking or giving bribes to get passports.
My ‘passive resistance’ led me to inquire about it in another cubicle far from away from the office my new found namesake lest she/he notices that I suspect she/he was playing foul. Incidentally, she walked in and when our eyes locked I knew my passport is doomed for yet more delays. After going back and forth, she/he finally told me that she/he had shipped it to the UK, thinking I had already left Tanzania. How on earth could I go there without a (new) passport?
So, at the end of the day I had to refund more than double the money to our community leader in Scotland to courier the passport to me. For once, I had exhibited what individuals in Group 1 would do. It felt good to be on the right no matter the cost. But how does an individual sustain that if she/he is more or less in Group 2? By  institutionalizing the social cost of corruption. This is what Nape Nnauye referred to as social sanctions in the BBC debate though I felt he went a bit overboard with glaring examples from Botswana. 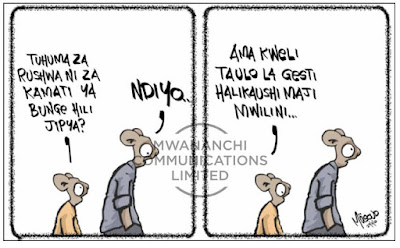 One has to feel and know it is more rewarding socially – and even economically – to move from Group 2 to 1. The old Psychological concept of punishment and reward as  reinforcers is still workable as innovations in Cognitive Behavioral Therapy (CBT) indicate. But you need individuals from Group 1 who can take a lead on this.
Could those from Group 3, i.e. individuals who proactively ask for bribes or give bribes to ‘oil’ their way through, be transformed or rehabilitated through this model? Is there hope for them? As long as they are not in the higher echelons of (political) power, their influence can be curtailed. They may tow the line out of fear yet when an opportunity come their way, corruption would be business as usual. But we do not need a (benevolent) dictator to instill the fear of God in them. All we need is to ensure that their vicious cycle is cut short through the democratic process of ensuring that once those in G1 and their G2 allies are in power they remain there. 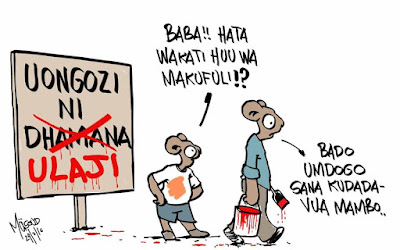 John Githongo and Manson Nyamweya from Kenya seemed so optimistic about Magufulification in Tanzania and its prospect for spreading across Africa in their contributions to the BBC debate. It may be too early to the cynics in some us to not be wary given that Magufuli, as Zitto Kabwe reminded us, has been part of the same government for 20 years as a cabinet minister and deputy minister.
Yet, in term of our model, our President and Commander in Chief seems to be an individual who is in Group 1. Whether he has always been there or moved there now from Group 2 is beyond the scope of this post. Suffice to conclude that, we need to seize the‘Magufuli Moment’ against corruption while – and lest – it lasts.

What exactly is a prison risk allowance? twitter.com/Mzalendo…

Question: Can Parliament remove a sitting PS from office? twitter.com/Mzalendo…

The problem is not the not-more-than-2/3rds gender rule. It is Parliament's refusal to comply. @MarkBichachi ignores that Parliament has had multiple opportunities to pass the requisite legislation but has always elected not to do it. Choices have consequences.

This Jamal Murray is 🔥 twitter.com/nba/stat…

Dear Kenyans, If all one has got to do to get unfavourable stories pulled down and KE media prevented from covering them is file (and not even win) a civil suit, how long till stories of wrongdoing are a thing of the past? the-star.co.ke/amp/n… pic.twitter.com/6sNr…